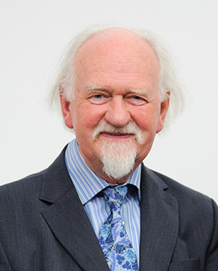 This post by Mike Cordner originally appeared on The Dutch Courtesan project website. We interviewed Oliver Ford Davis in 2013.

The Olivier Award-winning actor Oliver Ford Davies is a Professional Associate of the Department of Theatre, Film and Television at the University of York and gave the 2011 Cantor Modern Art Lecture at the University on Did Gertrude Know? Some Problems in Performing Shakespeare.

His most recent stage performances in Shakespeare include the King of France in Marianne Elliott’s 2009 National Theatre production of All’s Well That Ends Well and Polonius opposite David Tennant’s Hamlet in the 2008 RSC production.

This autumn he will renew his partnership with Tennant and the RSC, by playing the Duke of York opposite Tennant’s Richard II on the main stage at Stratford-upon-Avon, directed by the company’s new Artistic Director, Gregory Doran.

Oliver has filmed a special interview for the Dutch Courtesan website about the challenges of speaking early Jacobean dramatic verse. His examples are Shakespearean, but all the challenges he addresses also face those who perform Marston. Oliver’s puzzlement at some of the lines Shakespeare gives the King of France equally apply to the style of a playwright whose early Jacobean idiom can include such sentences as Freevill’s “they are much possessed / Of force most, most all quarrel” (4.2, 4-5). (Any plausible solutions to the meaning of that statement will be very gratefully received!)