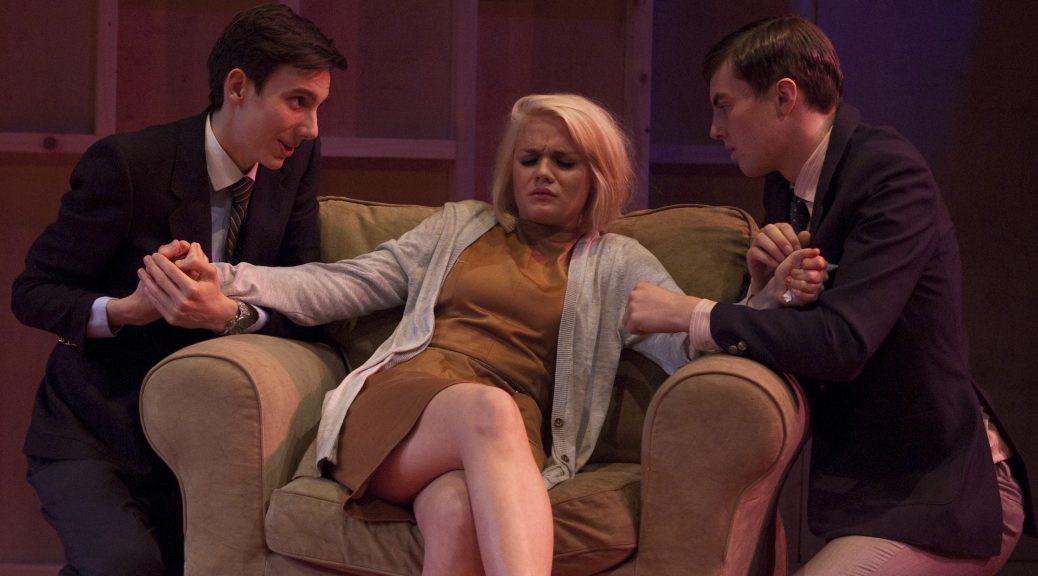 A Mad World, My Masters! by Thomas Middleton, 23-25 June 2011.
Directed by Mike Cordner with Mark Smith and Tom Cantrell.

The production was filmed by our Film and Television Production colleagues on Friday 23 June 2011.

An introduction to the film can be read at www.dutchcourtesan.co.uk/mwmm/. Mike Cordner has explored some of the discoveries we believe we made about the play, in the course of preparing the text for, and rehearsing, this production, in “A Mad World, My Masters: From Script to Performance”, Shakespeare Bulletin, 31 (2013), pp.3-28.

Every part of the world shoots up daily into more subtlety.
The very spider weaves her cauls with more art and cunning to entrap the fly.

Directed by Michael Cordner with Tom Cantrell and Mark Smith